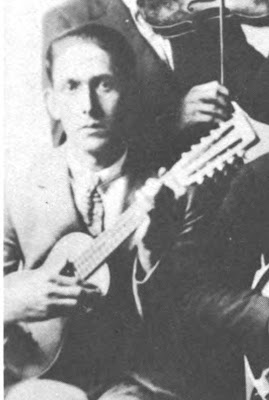 According to the  Kip Lornell  "Virginia's blues, country & gospel records, 1902-1943: an annotated discography",
this obscure country band of textile mill workers recorded six sides of ballroom music for Okeh in 1927.
Two guitars, a fiddle and a (T18?) tiple played by Leonard Jennings.


Hard to find audio but two tracks on the tube reveals that the tiple is strummed as the rythm guitar : 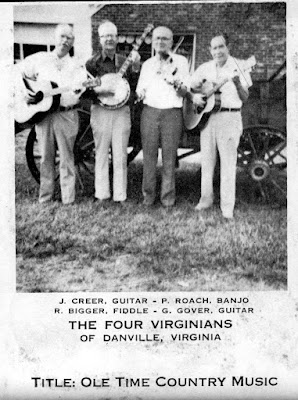 They came back as old timmers in the 70's but only one veteran of the Okeh sessions is here :
Richard Bigger the fiddler.
Leonard Jennings passed away in 1977.
Audio of the 8-tracks 70's recordings and details about the "new" group here.
add by Uncle Emile at 7:17 AM